What if it's not ET? 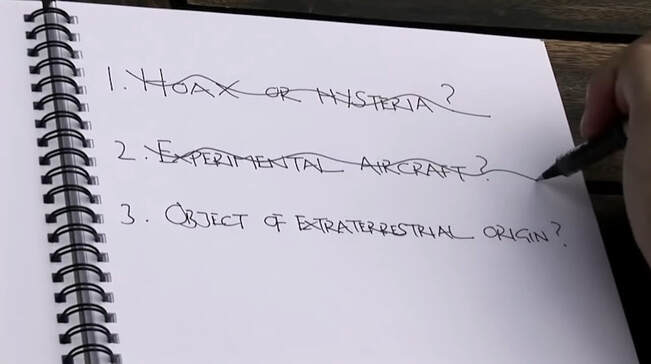 What does closure mean?

The purpose of these pages has been to explain the PR Disaster hypothesis, based largely on the work of others, especially Keith Basterfield's Hibal hypothesis, supported by government records and combined with old and new testimonies and other plausible ideas. This represents a record of the evidence that supports an alternative point of view. Maybe you also learned something interesting  about high-altitude scientific balloons.

The most vocal Westall witnesses appear to be wedded to an extra-terrestrial (or physics-defying) explanation for their sighting in 1966, based on their experience that they'd "never seen anything like that before" as well as suspicions arising over the cover up. Understandably, they say they want closure.

My purpose is not to change their minds. Each person who was there on the day has their own testimony, but from my perspective these testimonies cannot be reconciled. Logically, some must be discarded, as flawed memories, in order to make sense of the event and draw closer to the truth.

Allowing for the vagaries of memory, flying saucers are not supported by the evidence. For those witnesses waiting for "disclosure" - for an ET explanation - how can they get closure? A flying saucer cover-up can't be uncovered if there were no flying saucers.

In 2015, an anonymous informant gave researcher Shane Ryan an explanation that sounds very much like the PR Disaster hypothesis: the sighting was caused by "a joint Australian-American experimental balloon flight that had gone awry over Westall, had crash landed, spilling some radioactive material into the local environment. The flight was not supposed to have been in that location, and did not have the proper Australian Government approvals. It was a mess that got covered over very quickly so as not to embarrass the Australian and American governments." [Westall Facebook, Apr 6, 2015]

Shane felt this "didn't make sense" because the apparatus didn't bear any resemblance to what the witnesses saw (and because nobody reported seeing components removed, which I covered previously). On the other hand, I think it does make sense if sensible discernment is used when analyzing the testimonies. What the witnesses saw in Part 1 of the event sounds a lot like a descending, deflating Hibal balloon and possibly the parachute. Paul S's recollections sound like a Hibal wafting among trees.

​A diversion about getting in too deep... 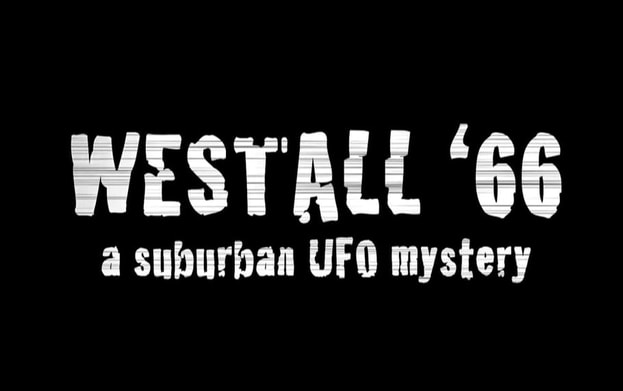 ...a backwards apostrophe mystery
Freelance filmmaker Rosie Jones contacted Shane Ryan in 2005 about making a Westall documentary. The film Westall '66 follows Shane as he researches the event - he has called himself a subject of the film, as are the witnesses. At every turn the film directs the viewer towards an ET explanation for Westall. For example, the animated illustrations are an artist's impression of what happened and what the UFO looked like - a flying saucer, of course, despite some witnesses' actual drawings looking nothing like hers.

The speedy response by authorities leads a military historian to conclude they already knew about the UFO [24:30]: "that's the key, is the fact that... the authorities responded so rapidly, they must've just about been sitting on the trucks with the engine going. And perhaps they were. Perhaps they'd received technical intelligence that there was something going wrong with this experimental craft and they weren't sure where it was going to land, but they were ready to go get it as soon as it did land."

"It sounds like a rational logical explanation," says Shane in voiceover. That's what I was about to say! But Shane dismisses it - actually crosses it off a list written in huge font with a Sharpie (see image at top of this page) because it needs supporting evidence. Yes it does, and I've provided some on this website - evidence that explains why and how the authorities had such a speedy and secretive response. Better still would be to see the paperwork, of course, but to cross a plausible option with circumstantial evidence entirely off the list? Where's the justification?

The film doesn't need justification. Hoax, hysteria, and experimental craft need to be dismissed because there's a bigger market for flying saucers. And so, only the last option remains: ET.

The inaccuracy of eyewitness accounts and the fallibility of memory are never discussed in the film, even though these are established facts in the field of psychology, because they would put those first few options back on the list. Instead, the accounts of seeing physics-defying maneuvers are considered accurate, and the contradictions that prove some accounts cannot be accurate are swept under the rug.

Whether this dramatic list was Rosie Jones's idea to drum up the mystery or Shane's actual thought processes, he did consider a prosaic explanation after the film was made. He helped Keith Basterfield with his research into Hibal (initially proposed in 2013). His reasons for dismissing it once again fail to consider perception and memory problems and we're back where we started: "I feel comfortable in saying that I do not think that it was anything prosaic [such as Hibal]". [Private communication, Jul 7, 2022]

He told me he's open to any solution with evidence that "would seem to match the bulk of the witness testimony." As with his narrowing down the circle locations, he indirectly admits some testimony has to be discarded while at the same time dismissing explanations that require this to actually be done. Project HIBAL (Part 1 sighting and response of the authorities) and an RAAF training exercise (for Part 2) do match the bulk of the witness testimony. They don't deserve to be crossed off his list.

He denied my assertion that he's openly stated an ET explanation ("I have never stated that" and "I remain open to [Hibal], or even to something similar." [Private communication, Jul 7, 2022]). Meanwhile, in interviews he lists all the prosaic explanations that it was not, and this is not helpful in moving forward to resolve what it was: ​​Perhaps the circumspection he used in private ended up on the cutting room floor. Perhaps one keeps the subtleties of circumspection to oneself when Ross Coulthart is calling the shots. (But who could say no to that kind of exposure?) (And this isn't a criticism of Shane Ryan; it's a consequence of choosing that route.) 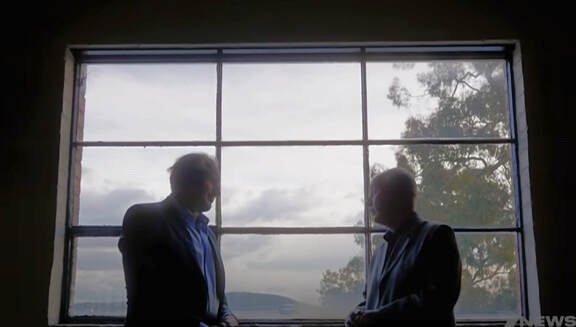 The Big Time (7NEWS Spotlight feat. Ross Coulthart, 2021)
"If it turns out to be something rather prosaic I really will not mind," Shane has said, "...And I imagine most of the witnesses would feel the same way." [Westall Facebook, Oct 10, 2017] While the statement may be true for him, the anger and indignation directed at skeptical researchers who "disrespect" witnesses by highlighting the psychological and perception aspects of the case, or provide evidence for prosaic hypotheses, or even just ask for witnesses who don't think they saw flying saucers that day, convinces me they certainly will mind.

I'll go so far as to predict that if and when the government declassifies documents that reveal a prosaic explanation, some of these witnesses (and their tenacious supporters) will convince themselves this is yet another cover-up for real flying saucers.

Because they know what they saw. Many have gone on camera to tell the world with great conviction that what they saw was physics-defying maneuvers by an object not of this world that left perfect circles in the grass. How do they come back from that?

For reasons unknown, the cover-up continues to this day - no records have been found of anything unusual happening at Westall either in the RAAF's UFO investigation files or in the Department of Supply's HIBAL files.

If and when supporting documentation comes to light, I truly hope the witnesses do find closure. If the PR Disaster hypothesis (or something like it) is borne out, the witnesses will learn that a 300kg payload almost fell on their tender heads - and yet despite the potentially disastrous risks, Project HIBAL continued dropping its payloads all over Australia for another 15 years.

It's not ET, but it's still pretty incredible.